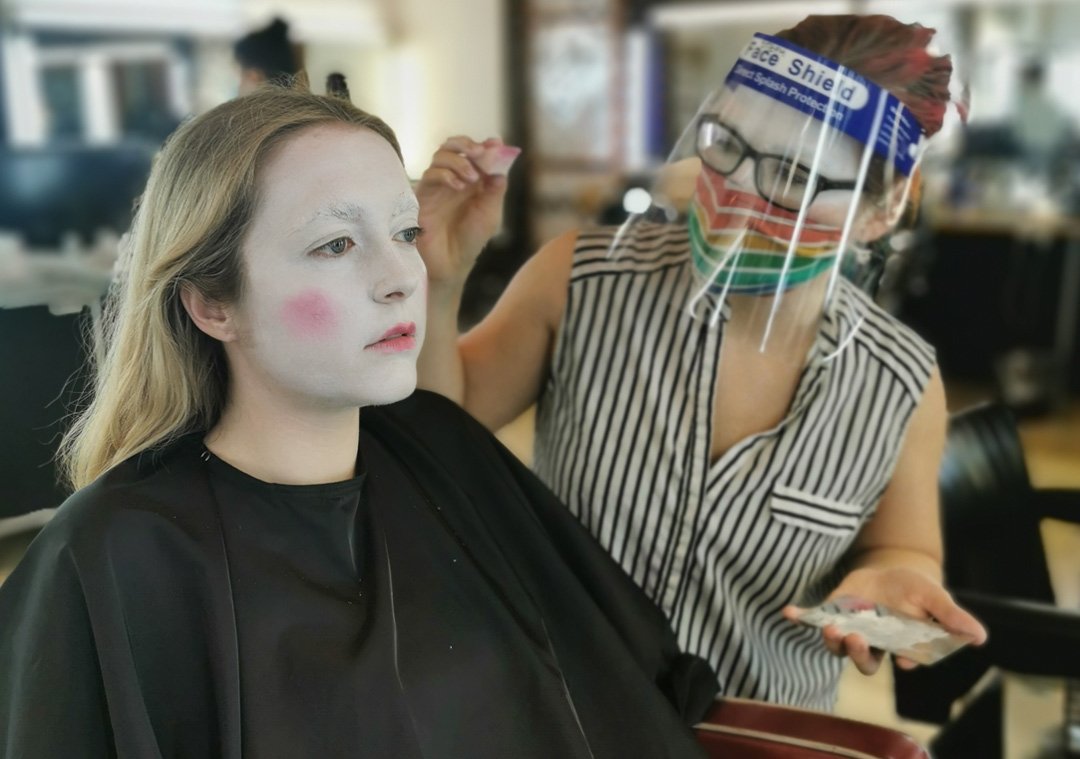 The Christine Blundell Make-up Academy is the only Make-up school in the UK run by an Oscar & BAFTA winning Make-up Designer actively working in the industry. All our Tutors currently work as professional Film, TV & Theatre Make-up Artists & Designers. Now in its 14th year, our Academy nurtures a true Family spirit & Aftercare and we only run one Make-up course at any one time, with the maximum class size of 14 students. In addition, all our graduates are given the opportunity to join Christine on set, gaining valuable experience after completing their course. Read More

We look forward to welcoming you to our Film & TV Hair & Makeup school!

One More Reason to Study @ CB*MA

“I recently completed a period makeup course at the Christine Blundell Makeup Academy and will soon be going back to do a Wigs course. I’m a working professional and chose CB*MA to improve the skills I offer. I have studied at other well-regarded establishments but CB*MA beats them all hands down.

The staff and tutors genuinely care and their wealth of knowledge and support is unrivalled. The environment itself is conducive to learning and is steeped in history and credibility and it’s very conveniently located, no matter where you’re travelling from. If you’re interested in makeup, SFX, hair work and a career in Film, Theatre & Television then you should seriously consider CB*MA. You won’t regret it!”

Christine first got involved in hair and make up when styling bands in the late  ‘70s and working in a salon in Kensington Market. She went on to open her own hairdressing salon, which she ran successfully for 4 years and then embarked on an intensive three-month make-up course. After completing the course, Christine worked on Phantom of the Opera doing prosthetics and went on to work for LWT, gaining invaluable experience on sketch shows and TV films.

Her first feature with Mike Leigh was Life is Sweet, which marked the beginning of a long and successful working relationship that has spanned more than 20 years and produced 10 features including Secrets and Lies, Topsy Turvy, Vera Drake, Happy-Go- Lucky, Another Year and Mr. Turner, for which she received a BAFTA nomination. Christine won both an Academy Award and a BAFTA for Topsy Turvy and in 2004 received BAFTA nominations for both Vera Drake and Finding Neverland. Christine’s other varied film credits include The Full Monty, Closer, The Constant Gardener, Casino Royale, Eastern Promises, Sherlock Holmes, Trance, About Time and The Fifth Estate.

ScreenSkills Bursaries of up to £3,000 Now Available

“Love what you do and be good at it” CB

Christine Blundell won both an Academy Award and a BAFTA for Mike Leigh’s film “Topsy Turvy”in 2000 and in 2004 received BAFTA nominations for both “Vera Drake” and “Finding Neverland”.

Christine is currently working on the new HBO TV Series, where a number of our recent graduates work as Makeup Trainees!

When you join our family you benefit not only from Christine Blundell’s years of experience in theatre and films, but also from the vast network of media and entertainment contacts she has nurtured, many of whom will be teaching you.

In addition, all our courses are run in small groups, allowing us to focus well on each individual student. All our graduates are given the opportunity to join Christine on set, thus allowing them to gain valuable experience after completing their course.

Below is a selection of our most popular courses. For a full list of courses please click on See All button underneath.

Learn Casualty Makeup @ Our Next Day Taster course – Your day will be taken up with understanding the importance of Breaking down a character and creating cuts & bruises (and you will be using numerous Casualty makeup techniques to achieve this). 4pm Q& A with our Principal Christine Blundell. Attending our Day Taster course is a perfect way to discover what it takes to become a Makeup artist & what’s it feels like to study at the UK’s leading Film & TV Makeup school.

Come to our next Open Evening and immerse yourself in hands-on Film, TV & Theatre Makeup and Special effects? Our Expert Tutors, who are leading UK Makeup Artists and Designers, joined by our ex Graduates and current Students, will show you basic Makeup & Casualty skills. And all that with a complimentary glass of wine – what’s not to like!

Help with Funding your course

Our Graduates have worked on…

Since graduating from CBMA Andrea Lance Jones has given me some great opportunities to work in the crowd room such as Transformers, Christopher Robin and the Fast And The Furious. I have also had the privilege to work with Melanie Lenihan on Hope Gap…. an amazing experience and so grateful. I am looking forward to seeing what this year brings in 2019 I wish to thank CBMA the makeup academy for creating a new pathway to my career. Thank you Petar, I will pop in for a coffee soon, Look forward to see you soon.

Jordan was brought in very last minute as our initial MUA became progressively less responsive to our emails then disappeared completely 3 days before the shoot. Jordan was wonderful and cool with a good attitude and did a really good job on the hair and make up design. When she could not get two of the days off work she found us another MUA to cover who was just as professional. We would definitely work with either of them again and would recommend them highly to others. 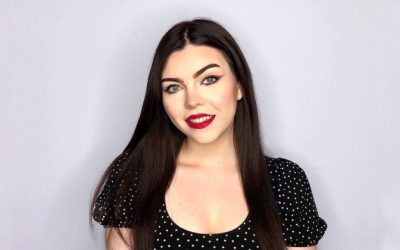 We are extremely proud to announce that Alissa Harvey, who currently works as a Glow Guide for BECCA Cosmetics, has received this year’s BAFTA REUBEN Scholarship for a place at our January 2021 Four Month Film & TV Hair & Makeup course.Alissa said:... 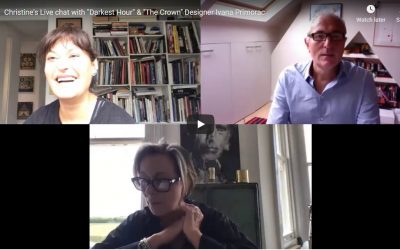 If you have missed Christine's Live chat with "Darkest Hour" & "The Crown" Designer Ivana Primorac, you can now watch it in full here. Thank you so much to Ivana for sharing her time with us! 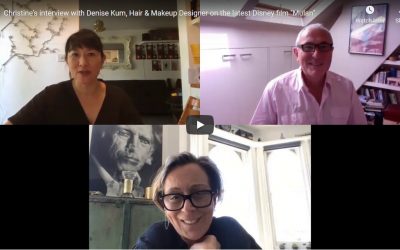 If you have missed the live online chat, you can watch the whole interview here again & find out everything about research & prep & what it was like to design & work on the latest Disney film “Mulan”, due to be released in the UK later this...

Contact us to book your Studio tour or attend one of our Day Taster courses & start your journey into Film & TV Hair & Makeup artistry. We are happy to chat to you over the phone, see you in person or via Skype or Zoom, if you live abroad or welcome you to our Academy’s Day taster course, other short courses or our flagship 4 month course.

Sign up to CB*MA Newsletter
Enquire Now & Begin Your Journey